How Being Gay Empowered Me to Become an Entrepreneur - CreatorUp

The Wall and the Door: How Being Gay Empowered Me to Become an Entrepreneur 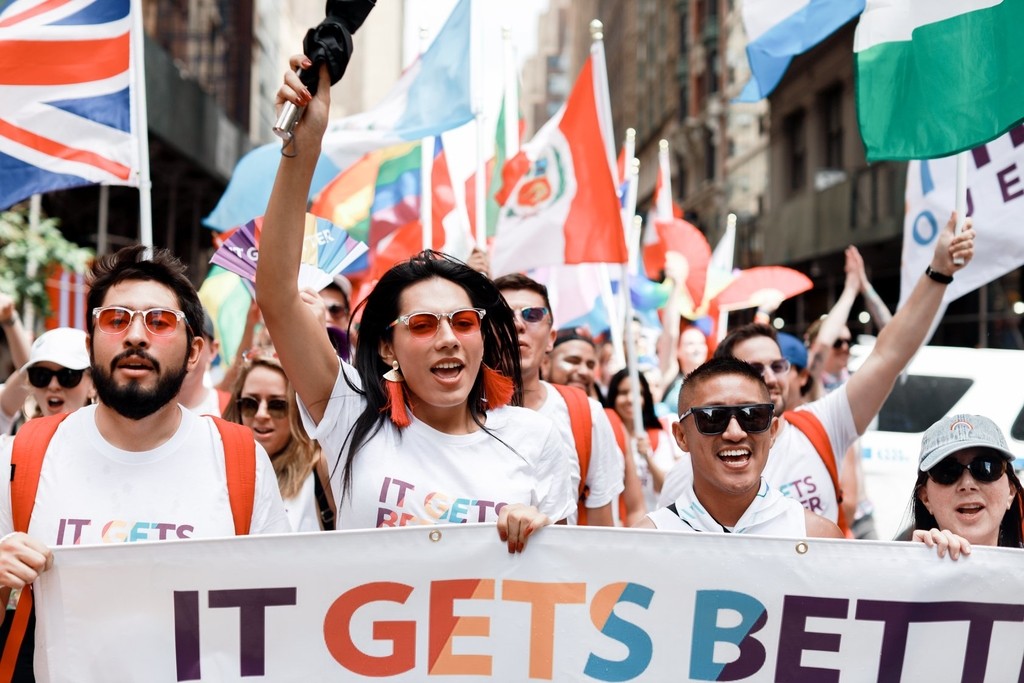 At age 33, I hit a wall at work. While I wanted to work in positions that gave me a chance to create an impact, some invisible force seemed to be stopping me from achieving my potential as a professional.

It’s difficult to describe exactly what created this “wall” – but it was a combination of my own fear of fitting in at work, my challenge in communicating and forming working relationships with my colleagues that went beyond the tasks, and the resulting de-motivation without being able to see a path forward for my own professional career.

The “wall” was not about someone telling me explicitly what I could not do or stopping me from getting a certain position, but the combination of walls that I had created for myself became a kind of box that it seems I could not escape. Until I did.

The way for me to escape was to become an entrepreneur. It wasn’t the type of thing where I went into a chrysalis and emerged as a butterfly, because the transition was hardly smooth – and it definitely took more than two weeks.

It was more the kind of thing where I was like a bird bolting out of a cage and flying around, developing the skills and support that I needed until I could land again. But when things got really hard, I remembered the power of taking risks and the effect that it had previously had on my journey.
There were little moments where I looked back on my life when I took giant risks that seemed to help me become more of myself. One of the biggest risks I took in film school was making a “gay” short film.

For someone who was still closeted, there was a personal risk of – would my film school classmates want to work with me on this project that wasn’t commercial?

Would this short film be meaningful for my career as a producer or director or detrimental?

When my first little film was accepted into Outfest – I’ll never forget the feeling of walking into a packed theatre at the Directors Guild of America and thinking – wow. People want to hear my story. I am so proud as an insecure closeted film student that I took that risk.

In my professional life – the risk I took was about starting over without a plan. I had no experience in entrepreneurship other than the “Bed and Breakfast” for dogs I started when I was ten. So, when I decided to pursue this idea of starting an “online” film school – I wasn’t completely sure of what the outcome would be.
The embracing of that uncertainty was part of what empowered me to give it a shot – along with the belief that it would work. A gut feeling that what I was doing was really truly helping the world – and the more I met students, customers, and later clients – the more it validated my hypothesis.

I am lucky to have had the support of my close family from the start of my journey – upon announcing that I was starting a company, my mom sent me a soft briefcase in the mail full of the standard office supplies- notepad and pens – and on the front of the notepad, I’ll never forget the phrase she wrote. Michael Tringe, CEO. The ability to have confidence in yourself is what I have learned CEO means. The ability to believe that you can do it.

The vision of CreatorUp is to empower anyone who has a story to tell, to be able to tell that story with video. I say this a lot to my colleagues – and I believe it – video is the 21st century pen. If you can’t communicate with video in the digital era, you are silenced. It is critical that we teach each other how to use this medium to be heard and to help others be heard towards a more equal and just society.

Our mission is to increase access to media skills for everyone – globally. Along the way – I found allies who supported this vision and mission. Advisors, partners, clients, colleagues, who accepted me as an LGBT founder, who appreciated my diverse opinion and approach.

As co-founder and now CEO of CreatorUp, I have given back – I have had the chance to hire diversely. We have hired executives and crew from all backgrounds, and are very much about giving opportunities to people of all backgrounds.

What excites me the most about this mission of access – is that filmmaking and storytelling is something that can be completely accessible to everyone. Everyone has a story to tell and we are all fundamentally storytellers. We can write our stories and now that the technology bar has been lowered to mobile phones in our pockets, we can all tell these stories visually.

With those same creative skills that we teach, our students can evolve to work at the professional level for corporate clients – to help them create everything from lessons to impact messages.

In deciding to write this story, I recently completed a coaching session with my new colleagues and friends from a gay coaching circle where our coaches challenged us with this question: As a gay entrepreneur – would you be where you are today, if you weren’t gay? The answer – is no. If I had not been challenged to think outside the box as a professional – I wouldn’t have had the audacity to start a company that I believed would change the world for the better.

Now – we are making videos for all types of organizations who rely on us to help tell their story to the world – including, one of my favorite organizations in the world – the “It Gets Better” project: a nonprofit organization with a mission to uplift, empower, and connect lesbian, gay, bisexual, transgender, and queer youth around the globe.

And with that I challenge you to ask – what is your wall? Can your wall become your door? If you look very carefully and closely – there is a small keyhole in the wall. The key to opening the wall is in your heart. You just need to listen to it – and you will notice, it will open the door to your own personal pathway and journey that is unique and special, to you.