Let’s Talk About It Together: Black Lives Matter 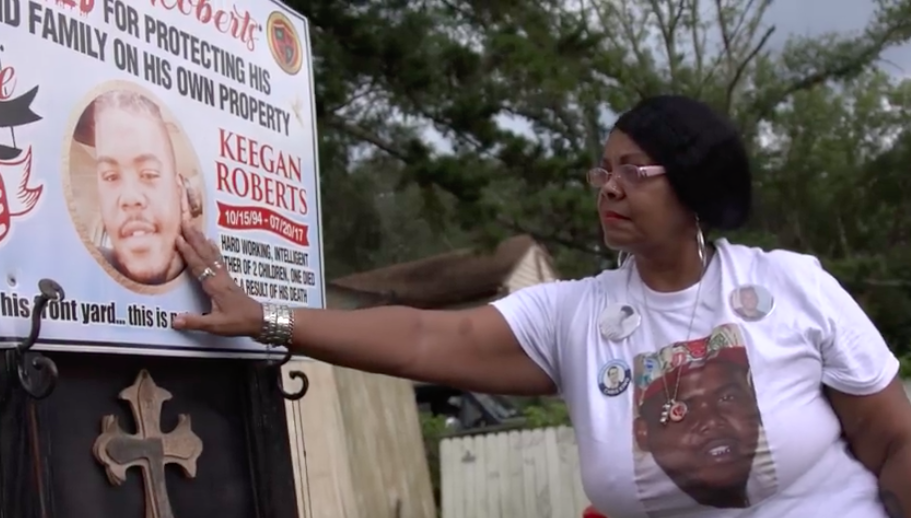 Video = Visibility.  But let’s stop and rewind. If the George Floyd murder was not caught on camera by someone, we would not be allowed to know the truth. And now that we have seen it with our own eyes, what will change?

As the most recent story of American oppression of black people continues to unfold on social media and in conversation, who gets to tell the story? The official “Media”? Politicians? Protestors? Blacks, whites, asians, or latinos, etc? Who is listening to who, and how can we begin to break down the barriers of our usual social media silos with the objective of creating meaningful change?

I don’t have the answer. But let’s keep the dialogue going anyway – please. Let’s keep talking. And allow space for it in a non-judgemental way.  I live in Southern California, a liberal bubble. Last summer – I flew to Florida with a video team to help my college friend Chris tell stories important to Floridians.
While there – we interviewed Keegan Roberts’s mom Sissi Shepard. Keegan, a black young man, was murdered over a piece of paper that had blown into his neighbors’ yard: his neighbor shot him. His neighbor was then exonerated by a Florida law that states he had the right to shoot in self-defense.

In front of my eyes – I was witnessing legalized racism and I was disgusted all over again, as we are now.

I had heard about this issue from a distance. Now I was seeing it in person. Why did it take me so long to see and comprehend and want to act? Perhaps because it did not seem to “directly” affect me. Excuses might include: “Oh, that’s a Florida issue” – or worse a “black” issue. A version of white privilege at its worst.
Perhaps the first step towards change before we cast judgement on others is to look inside our own reactions and or non-actions towards our fellow black Americans. Who are we silencing when we do not listen? When we do not act? And who are we allowing to be murdered while we stand by in silence?

What else could we do to make it real, important, and urgent for everyone else who sees it from far away?  If self-awareness is step one, and speaking up is step two, acting is step three. We are complicit until we force the law to change, and force our fellow citizens, politicians, and police force to change.

Chris ran for Florida Governor on a key issue: racial justice, where he spent time talking to anyone who would listen to why changing this law was so important to him.  Some questioned his motives, while others questioned his judgement. But because I’ve known Chris for over 20 years – I knew this was not a political issue for him. It was a moral one. And he was using his platform running for Florida Governor to talk about something he believed was wrong.

The issue was not “popular” but it was important. Chris – being a person of conviction, ran on the issue anyway. Something he was laser beam fixed on talking about at every single campaign rally, shouting from the rooftops that racial injustice was something that must change.

Companies, non-profits, communities, families, and friends are all grappling with the question of what to say and more importantly what to do. The conversation is evolving, and I’m grateful to our partner at AIDS/LifeCycle for continuing the dialogue and allowing us to hear from Alan Acosta (Director of Strategic Initiatives, L.A. Gay & Lesbian Center) and Ernest Hopkins (Senior Strategist and Advisor at San Francisco AIDS Foundation).

Alan and Ernest let us in on their conversation as they speak as friends, and offer words of encouragement – noting in the last week – the LGBTQ community was quick to acknowledge and support the #BlackLivesMatter movement in a powerful way.  And I was glad to hear from Lorri Jean, CEO of Los Angeles LGBT Center, that the LALGBT Center is working hard to support reform in Los Angeles.

As I listened to this conversation, I remember how I felt as a gay person who heard about Matthew Shepherd being murdered for being gay. I was 19. If I was thinking about coming out of the closet, I immediately jumped right back in. For three more years. Chris was a friend to me then. He was just as devastated by that news. And I wasn’t even out to him at that time. We bonded for life over justice.

Last weekend we spoke and asked each other again: what can we do to help in this moment? To create change? To raise the bar? How can we help?

I’ve written and rewritten this article a million times. I’ve shown it to my white friends, my black friends, and friends of all backgrounds. Am I paranoid? Afraid to say the wrong thing? Are you feeling the same way? Are we allowed to speak about this topic if we don’t have the perfect thing to say? I think so.
I would love to hear from you and create a forum to further dialogue and action. I am committed to action and look forward to sharing with you my plans to create meaningful change. Keep an eye out. What ideas do you have for how a digital media education and digital studio could create a powerful impact? We are all ears! Please share in the comments.

I want to dedicate this story to Keegan’s mom Sissi. You may not remember me. But I remember you. I remember Keegan. You have revolutionized my perspective on racial justice, and I want to amplify your voice and the voices of all black voices in America. #BlackLivesMatter